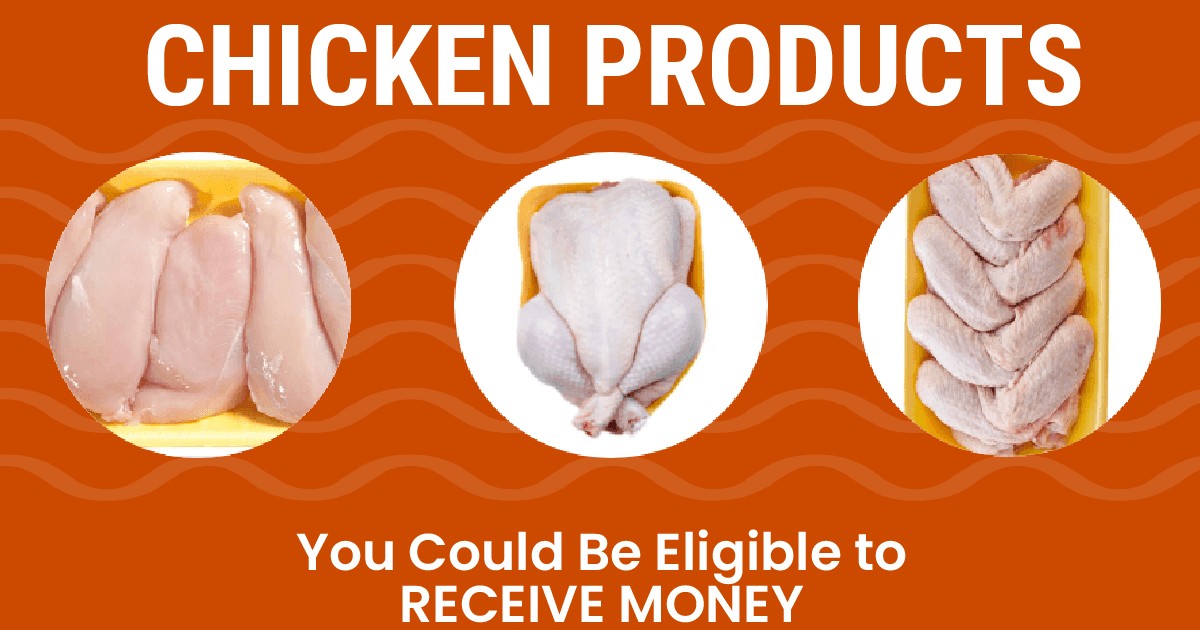 Several chicken processors including Fieldale, George’s, Mar-Jac, Peco, Pilgrim’s and Tyson have reached a $181 million settlement in a class action lawsuit over alleged broiler chicken price-fixing. No proof is needed.
The class includes anyone who was a resident of certain U.S. states between Jan. 1, 2009, and July 31, 2019, and indirectly purchased whole chicken, chicken breasts or wings from the settling processors, is eligible to participate in the settlement. In some states the Pilgrim Settlement covers purchases up to December 31, 2020.

You have until Decmeber 31, 2022 to file a claim here. Final settlement per person amount has not yet been decided.