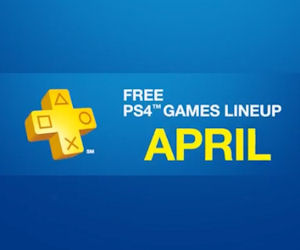 6 Free Games with PlayStation Plus

The PlayStation Plus lineup for April is here and you can get 6 free games!

Games include: Valid for the month of April, starting April 4th.

Sorry! This offer is no longer available.

Click here to search for more savings from Playstation

6 Free Games with PlayStation Plus